Celebrate America’s ‘Final Five’ women’s gymnastics team by displaying our beautifully designed dancing gymnast car or wall decals from Vinyl Disorder. The team that won the gold medal at the Rio 2016 Olympic Games announced at the Olympics that they would call themselves the Final Five.  The name for the five Gold Medal U.S. gymnasts is in honor of their coach Martha Karolyi, who announced she would retire after coaching her final five-member gymnastics team. The team name also is a nod to the final team of five gymnastics athletes to ever compete at the Olympics. New International Gymnastics Federation rules that begin with the 2020 Olympics in Tokyo will reduce the size of Olympic gymnastics teams from five members to four. 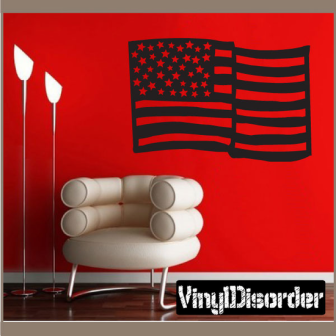 We have car and wall decals in dozens of sizes with gymnasts dancing with hoops or designs of a female gymnast dancing with swirls of ribbons at her side.  These women’s gymnast decals can be displayed at school gyms and gymnastic competitions everywhere.  Choose your gymnast decal in one of dozens of available colors. For car decals for vehicle windows, you can choose our regular decals to be affixed to the outside of a car window or a reversed decal to be positioned inside the window and show through the glass.

Our waterproof die-cut vinyl car stickers can be displayed on cars, boats and other smooth surfaces. They will last at least six years. Our removable, reusable wall decals won’t harm the paint on your walls or other surfaces. Because they are removable, these indoor vinyl wall decals can also be used outside for temporary exhibits. Display them at a gymnastics meet and then remove to display at the next tournament. Our women gymnast decals are this year’s favorite decoration for aspiring gymnast bedrooms, at sororities and summer athletics camps for girls and in college dormitories.